Ready for Victorious 2022! by Holly Tarrant 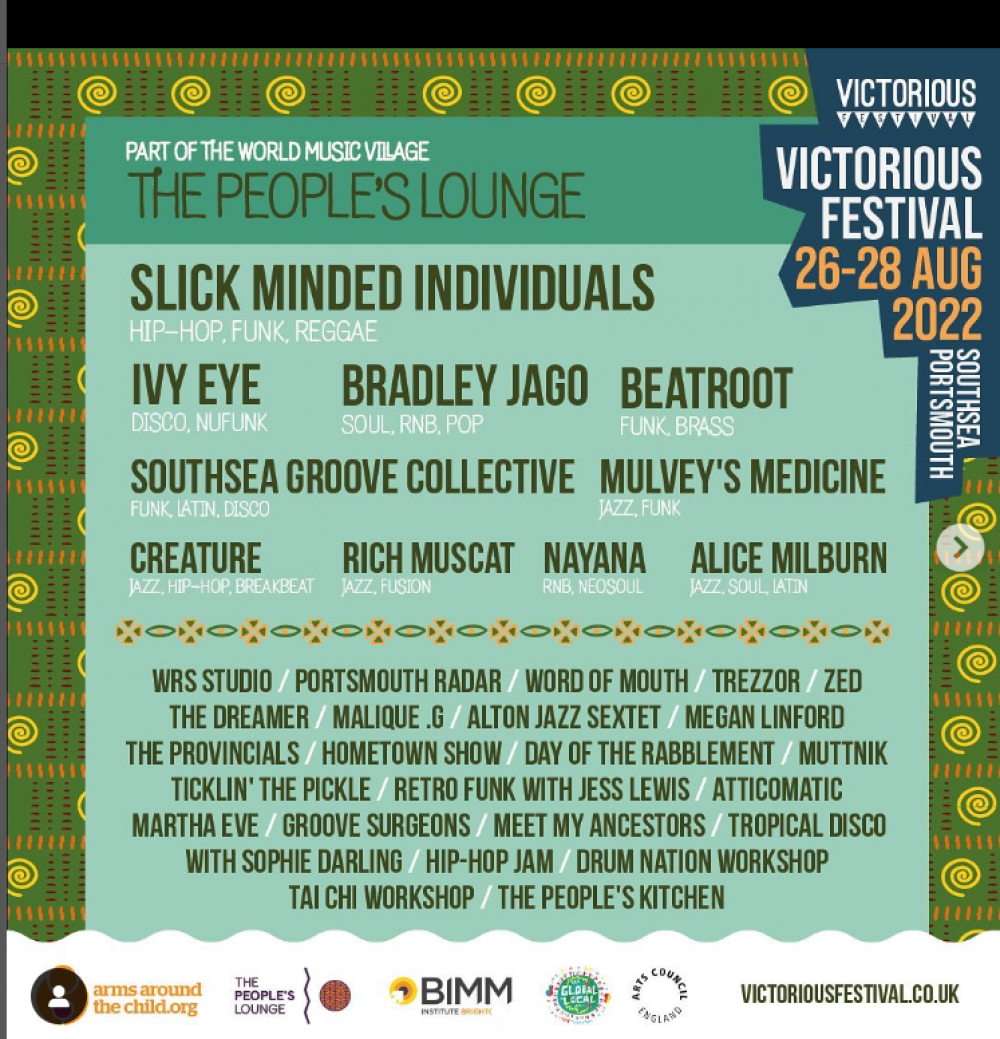 This Bank Holiday weekend is the hotly anticipated Victorious Festival, a staple of the summer festival season that has only grown in size since it’s humble beginnings. And here at Jeeni, we're all ready, willing and able.

Starting out in 2011, Victorious has grown to great heights, and has made Portsmouth a beacon for music-lovers during the summer. During the 3 days of the festival, ticket holders get exclusive access to Southsea Castle, Southsea Skatepark, the D-Day Museum to name just a few.

With huge headline artists like Stereophonics, Paolo Nutini and Sam Fender, Victorious caters for all, and for those who prefer  undiscovered musical talents such as those found at Jeeni.com, head down to the Jeeni sponsored People’s Lounge stage where acts such as local talent Portsmouth Radar, Nayana, Martha Eve, Beatroot, Creature. and Zed, The Dreamer will be performing the gig of their lives.

Prefer something a little more child-friendly? CBeebies’ very own YolanDa’s Band Jam will be joining the festival in the Victorious Kids Arena, alongside the Go Jetters, Fireman Sam, Octonaughts, and Baby Shark. There are many fun activities to occupy little ones with bouncy castles, the colouring tent, the Southsea Skatepark Mini Wheelers and Pop Kids, as well as a full size circus to name a few.

Victorious is proud to donate a percentage of ticket sales to many charities including Jeeni ambassador Ellie Milner’s foundation Arms Around The Children, a wonderful charity dedicated to providing children who have been diagnosed with HIV and aids with the love, care and support they so desperately need.

Victorious festival will run on 26/27/28 August 2022. Buy tickets for Victorious at www.victoriousfestival.co.uk/. 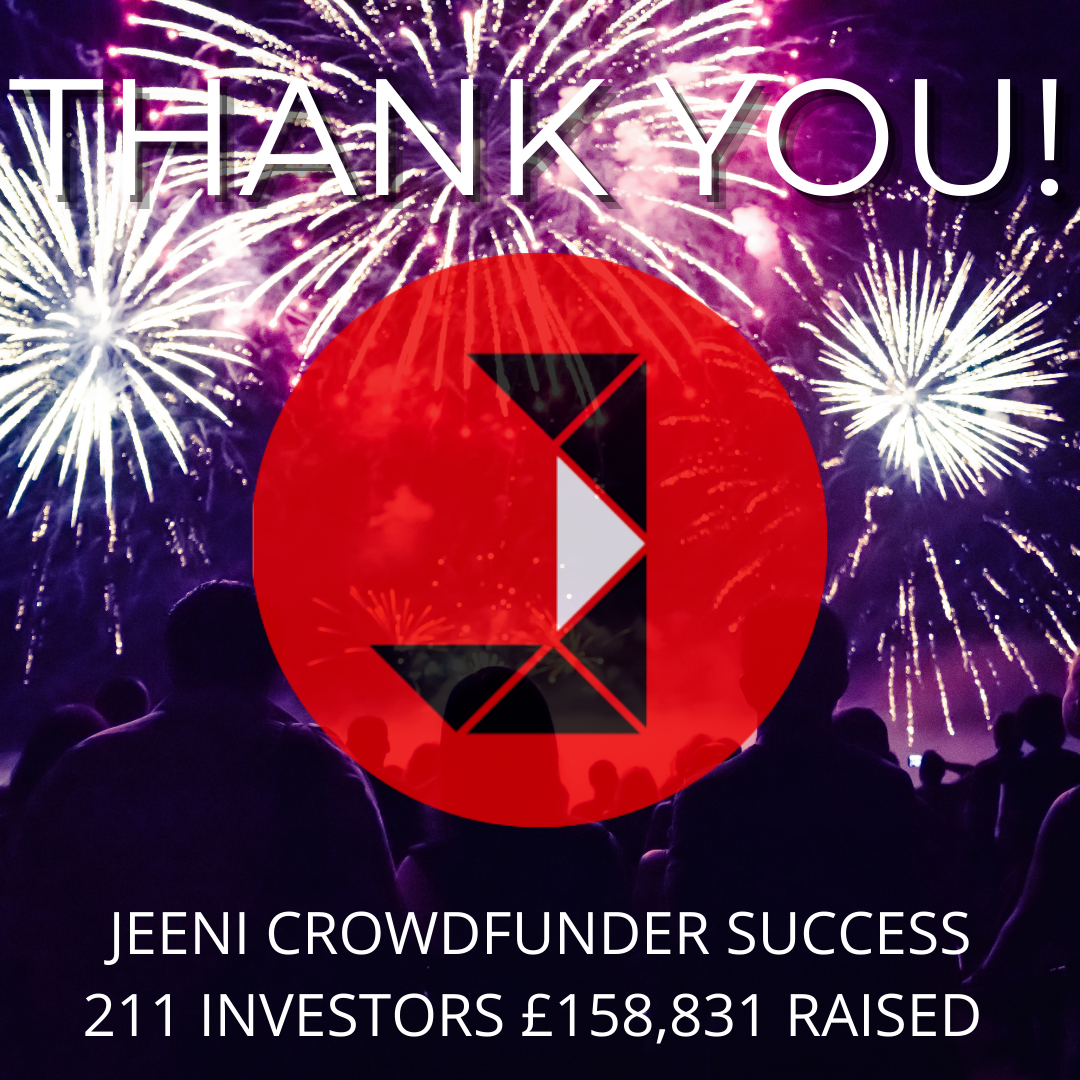 Fantastic news! Jeeni has reached its funding target and is now fully funded. Thank you to all our investors for helping fund the wonderful artists! We are delighted that so many investors share our vision. It's been a very happy, valuable experience, and our heartfelt thanks goes out to every one of our investors for making it such a success. You have been brilliant. Thanks too to Crowdcube for all their help. As for Team Jeeni, we've been working seven days a week since the start of the campaign, so tomorrow is a day of rest. First thing Monday morning our expansion and scaling up begins, on plan, on budget and on schedule. Thank you all for your enthusiasm, your sanity checks, your due diligence, your discussions, your pledges and your support in helping us make it happen! Here’s to a better future for online entertainment, Mel Croucher and Shena Mitchell, Co-Founders, Jeeni 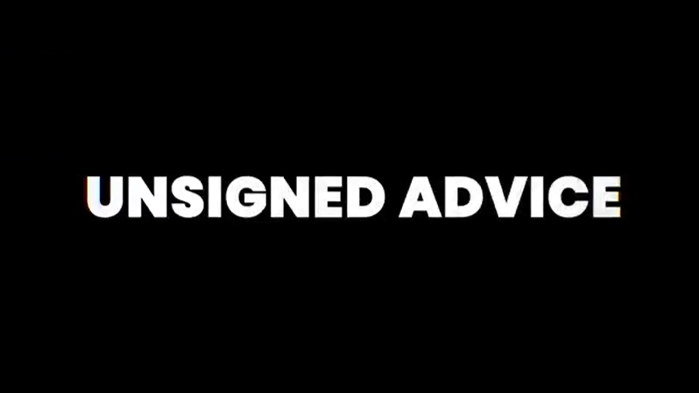 Top Ten Tips on How To Promote your Music Independently

Let's set the scene. We believed there would be a load of "How to Videos..." giving expert advice to help musicians, artists and performers along their merry way. We thought just Google it and the rest would be simple. But the quality of what we have found raises the question, "how helpful are these videos really, and do musicians and performers use them"? Do these videos add real value? To find out more, we're asking the new 400 Unsigned Artist Community members what they think. Maybe they have found a video or a blog which changed their fortunes, and they are willing share and let us know why it had such an impact. Let's see how far this forum opens new discussions and debate. Having listened to Jasmine from Ditto in the video below, we started to think that our first job might be to start a discussion around "how to promote and market your work". So you don't have to watch the whole 7 minute video, we have just listed the headlines to get a discussion going. (approx. 60 seconds read time) 1. Making great music, music always comes first. 2. Play as often as you can, make them remember you. Put on a killer live show and make an impact. 3. Start locally, go nationally and then head out on tour. Ed Sheeran says he played at least a thoiusand shows, before he became known in the music industry. 4. Create a website and build a mailing list - which links to your music, bio, promo images, tour dates, mailing list and sign-up form. 5. Get your social media sorted! Keep a consistent brand identity! Include competitions, polls, track snippets, press shots, backstage videos. Use targeted social adds, do not use mass advertising. 6. Check out what other successful performers are doing and learn from them, rather than starting from scratch. 7. Get your tracks PLAYLISTED. 8. Manage your own PR and contact journalists directly. Create an Electronic Press Kit, write a press release, upload your music, send to bloggers & journalists. 9. Surround yourself by the right people. Just because you are independent, that does not mean you have to do everything on your own. 10. Know your audience and focus on your niche! So that's it folks, let's create our own list and add value to this vital conversation. If you would like to join the new Unsigned Artists Community check us out and send in a request to join today. https://www.facebook.com/groups/2529935880656436/?source_id=459365401133253 https://vimeo.com/396502327 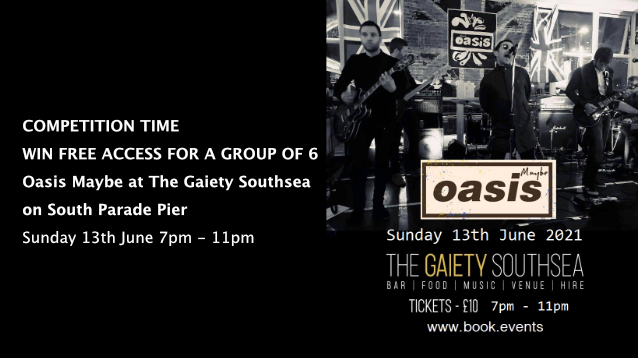 Oasis Maybe at The Gaiety Southsea on South Parade Pier

COMPETITION TIME WIN FREE ACCESS FOR A GROUP OF 6  Oasis Maybe at The Gaiety Southsea on South Parade Pier Sunday 13th June 7pm - 11pm Oasis Maybe were formed in late 2013 in Birmingham by five close friends and fans of Oasis. Since forming they have become one of the most in demand Oasis tribute bands on the scene and boasting to be the only Oasis tribute band to have performed live with an original Oasis band member – Tony McCarroll. They attempt to capture the sound look and feel of the Band from the 1994-1997 era performing tracks from ‘Definitely Maybe’ and ‘What’s the Story Morning Glory’ with a few famous B-sides thrown in for good measure. GIVEAWAY! We have 3 x tables for 6 people to give away for free, for the Oasis Tribute band at South parade pier in the Gaiety on Sunday night from 7pm to 11pm again saving £60 per table. How to win: All you have to do is like and share this blog post and we will enter you into the draw to be announced Saturday Night 12 June 2021 at 8pm.  Full Details of event can be found at: https://book.events/maybeoasis/2021-06-13/29861 #oasistribute #britpop #oasismaybe #pop #rock #livemusicinportsmouth #tonymccarroll